Semantic annotation is everywhere and got another push by the FAIR principles. An ontology covering the full nanosafety/nanoinformations domain might be the most appealing to not only annotate the data but also be able to reason on its basis.

However, the road to this is long and to be successful, changes in mentality and a lot of training will be needed. Therefore, it is important to understand, what is actually needed for each task and what can already be done today. Here, we will provide some external resources separating the different terms in the ontology world and what are the skills needed to build an ontology. Resources specifically for the nano terminology / ontology development are presented in a separate page.

Why do we need semantics? 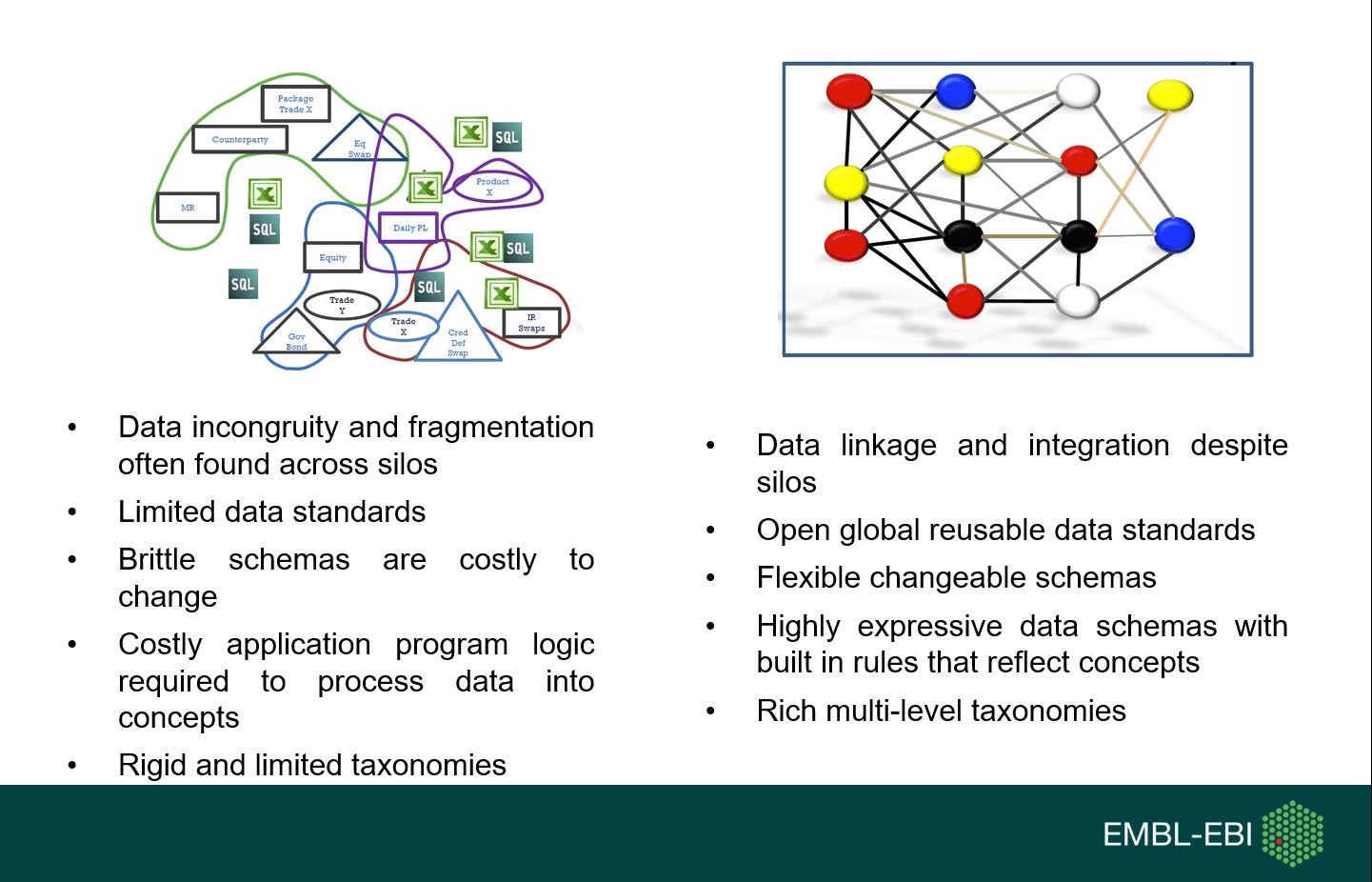 What is an ontology? 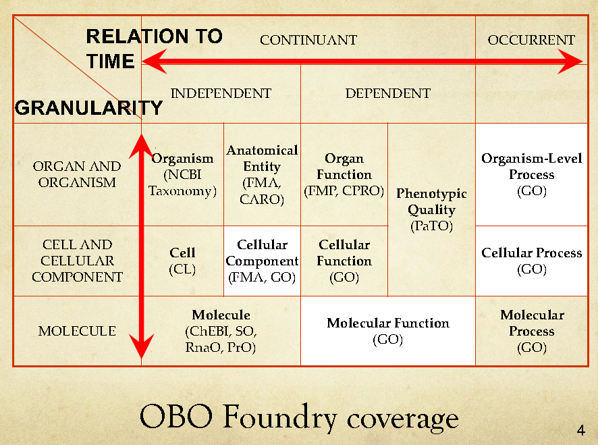 The use of ontologies began in the biological sciences around 1998 with the development of the Gene Ontology (GO). By 2007, there was sufficient interest and activity in the area to merit national and international coordination efforts such as the Open Biomedical Ontologies (OBO) Foundry or the National Center for Biomedical Ontologies

The backbone of ontology is often a taxonomy. Taxonomy is a classification of things in a hierarchical form. It is usually a tree or a lattice that expresses subsumption relation - i.e., A subsumes B meaning that everything that is in A is also in B. An example is classification of living organisms. In general, there is a hierarchy of ontological precision and organisation allowing more and more automatic reasoning. 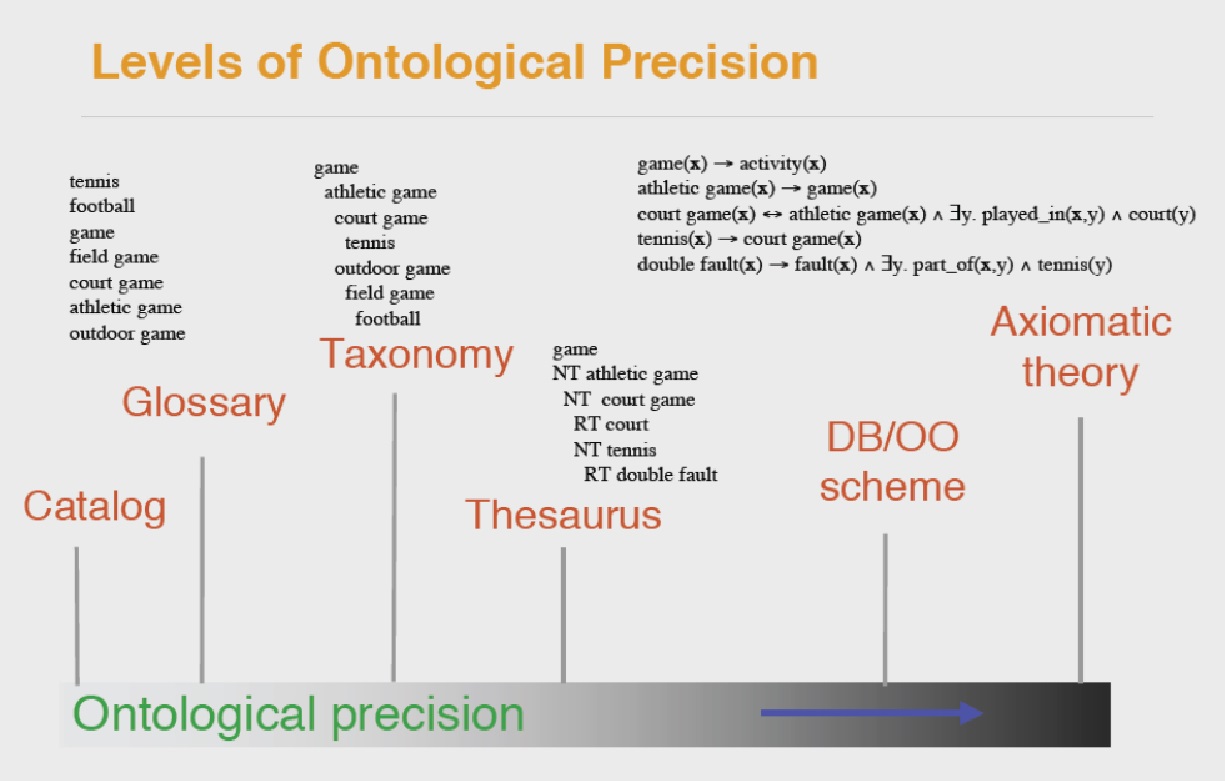 And how to develop them?

There are many tutorial on how to develop an ontology and you probably need to find your perferred one yourself:

END_OF_DOCUMENT_TOKEN_TO_BE_REPLACED

Anyway, some things to start with: